Adults under 30 to be offered Oxford-AZ alternative

Adults under 30 to be offered Oxford-AZ alternative 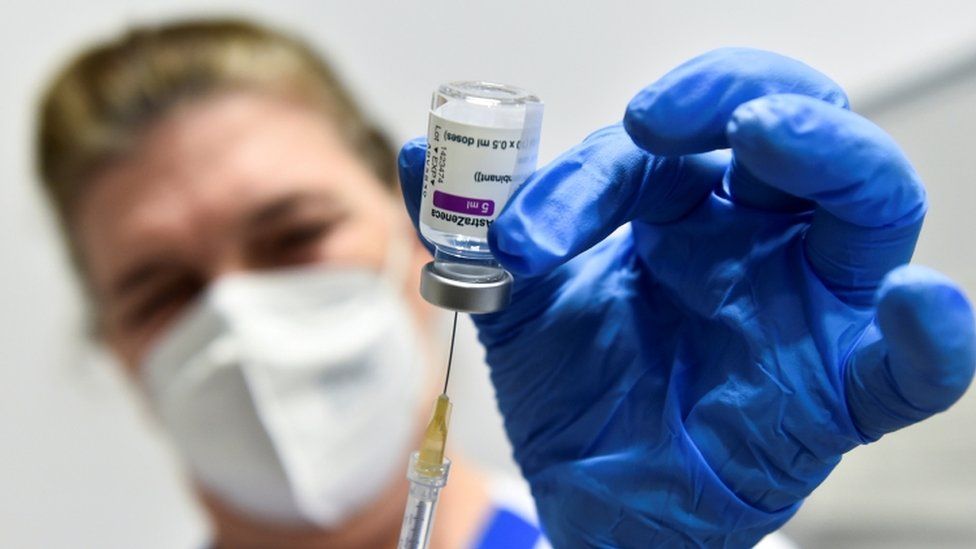 Adults under 30 who do not have underlying medical conditions will be offered an alternative to the Oxford AstraZeneca-vaccine in Northern Ireland.

It comes after the UK medicines regulator said there was a possible link between the jab and "extremely rare" blood clots.

The regulator said the benefits still outweigh the risks overall.

The vaccine has been given almost 500,000 times in Northern Ireland.

The Medicines and Healthcare products Regulatory Agency (MHRA) said it while it has not concluded that the vaccine causes rare blood clots, it says the link is getting firmer.

On Wednesday evening Northern Ireland's Department of Health confirmed that those aged between 18 and 29 years old who do not have an underlying medical condition, would be offered an alternative vaccine when this is available.

The MHRA said the balance of risk for the AstraZeneca vaccine is very favourable for older people but "more finely balanced" for younger groups, who do not tend to suffer serious Covid illness.

'Vital role'
It follows on from a review by MHRA which found that by the end of March 79 people had suffered rare blood clots after vaccination - 19 of whom had died.

The regulator said this was not proof the jab had caused the clots, but it said the link was getting firmer.

The UK-wide recommendation to offer alternatives to those aged 29 and younger was made by the Joint Committee on Vaccination and Immunisation (JCVI), an expert independent advisory committee which advises the government.

Blood clot is 'very rare AstraZeneca side effect'
Is the Oxford-AstraZeneca vaccine safe?
Professor Wei Shen, chairman JCVI, said the recommendation to prefer other vaccines to AstraZeneca for the under-30s was "out of the utmost caution" rather than because of "any serious safety concerns".

Northern Ireland's Department of Health said it had taken its decision following the updates from the MHRA and JCVI.

It said the Oxford Astrazeneca-vaccine jab will continue to play a "vital role in saving lives, reducing hospitalisations and helping Northern Ireland move out of lockdown".

In a statement the department said: "In line with latest MHRA and JCVI advice, the AZ vaccine will be rolled out on a phased basis to people aged 30 and over in Northern Ireland, as supplies permit.

"It will also continue to be made available to adults of all ages who have underlying health conditions which put them at higher risk of serious illness or death from Covid-19. pgslot
Haut
Répondre
1 message • Page 1 sur 1