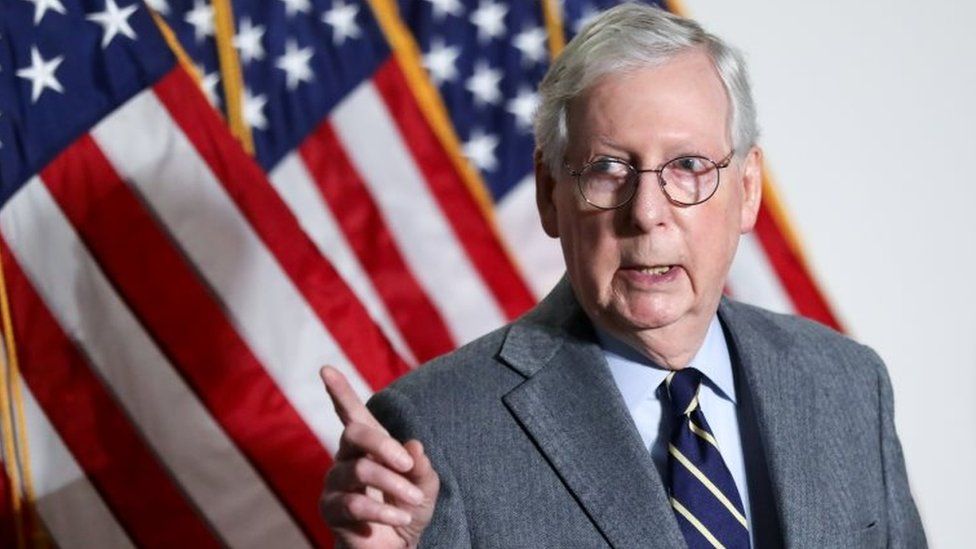 Donald Trump left Washington DC almost a week ago, but he continues to cast a long shadow over the Republican Party in Congress.

In the first on-the-record test of support for conviction on impeachment charges that Trump incited his supporters to mount an insurrection
at the US Capitol, 45 out of 50 Senate Republicans voted to stop the trial before it even starts.

After the vote Rand Paul, who pushed for the dismissal, crowed that the impeachment article delivered by the House on Monday was
"dead on arrival".

It would take 17 Republican senators breaking ranks and voting alongside the 50 Democrats to convict the president and,
with a subsequent up-or-down vote, prevent him from ever running for federal office again.

Tuesday's vote shows there are only five who even want to consider the evidence - Mitt Romney, Lisa Murkowski, Susan Collins,
Ben Sasse and Pat Toomey.

"My vote today to dismiss the article of impeachment is based on the fact that impeachment was designed to remove an officeholder
from public office," Senator Shelley Moore Capito of West Virginia said in a statement released after the vote. "The Constitution does
not give Congress the power to impeach a private citizen."

Democrats will surely find that a very convenient way of not having to pass judgement on the president's behaviour.

They'll also point out that while there is no historical precedent for such proceedings on the presidential level, a cabinet secretary in
the 19th Century faced a Senate impeachment trial on corruption charges even after he resigned from office.